Now that’s a mouthful! This recipe is a staple ’round these parts because it takes just minutes to assemble, practically cooks itself, and satisfies bellies with its hearty southwestern flavor. I get a little help from a store bought spice packet but I ratchet things up a notch by adding additional spice, liquid smoke and half a can of beer! You can’t go wrong on a cold night with a warm bowl of chili and chips… 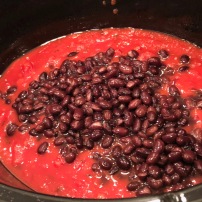 4. Cook on LOW for 4 hours, stirring occasionally. Taste and adjust seasonings with salt and pepper if needed. 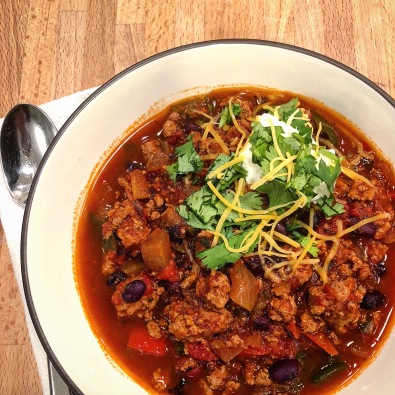